Goodbye in 2012 and recent drawings. 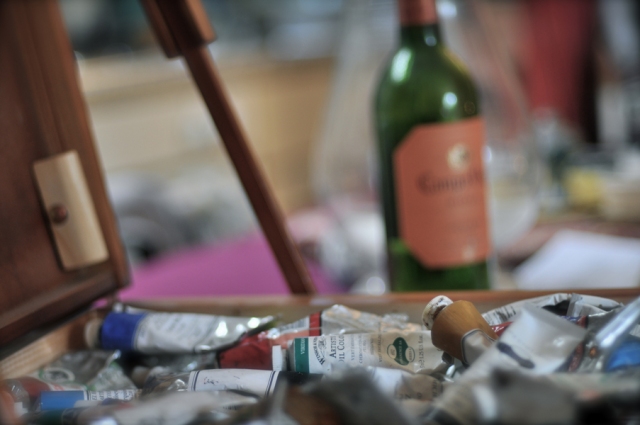 When I leave it for a long period between posts on my blog I often find that it’s hard to summarise everything that’s occurred in the meantime and although I haven’t had a great deal to shout about, the second half of 2012 has had some ups and downs that I’d like to mention.

Firstly there was very sad news when my Aunt Janet passed away unexpectedly in the summer after a short illness. Always creative, she had attended the Tameside foundation course (as I did years later) and she studied graphic design as her degree. At various times as I was growing up she made clothes, decorated ceramics (as Lily Caro) and painted.

It’s also been an omission of mine on my blog that towards the end of 2010 my other wonderful Aunt, (Val, Janet’s sister), also passed away after illness. Val had known Francis Bacon in Soho and in her home I was able to see examples of work by David Hockney, Patrick Caulfield, R.B Kitaj, Jim Dine and L.S Lowry.

They are both missed terribly. 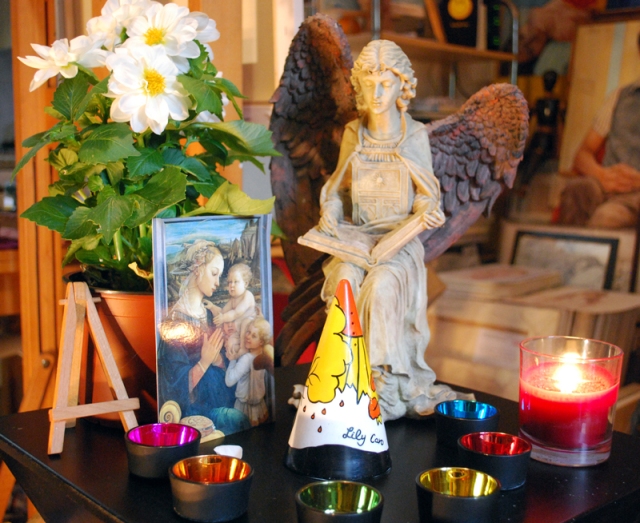 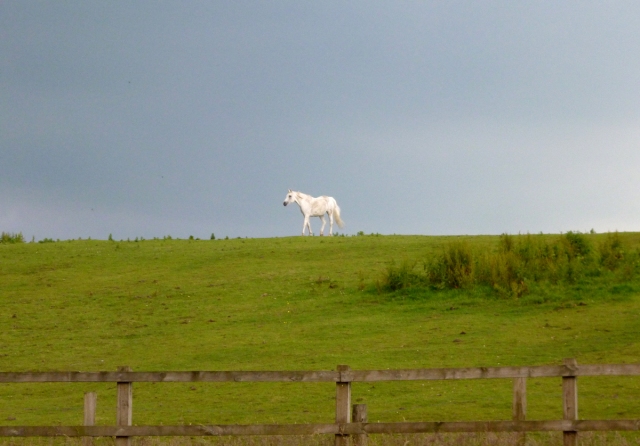 Later in the summer it was great to see several friends who made it to London from far flung places. Among them were my fellow Saatchi Showdown finalist Marco Cannone (and Daniela) visiting from Italy for a few days and artist Courtney Forbes who was working at the International Radio Festival during the Olympics. 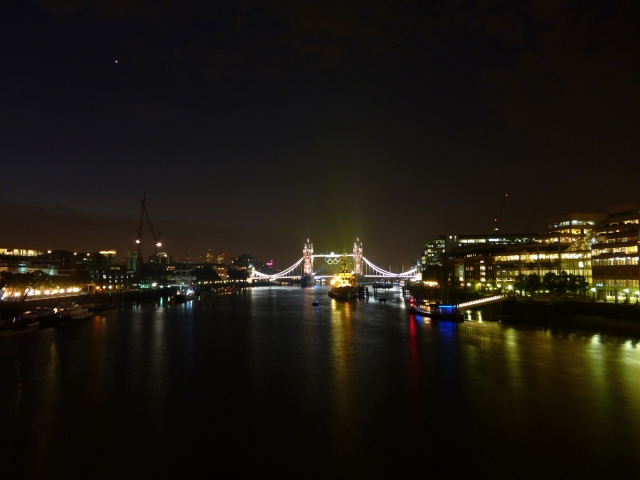 This meant he was around for a few weeks rather than globe trotting which is his natural state! Courtney kindly took some photo’s of me and my studio space, which was great as he’s a fantastic photographer! Below are a few of them and a link to Courtney’s public page on facebook: 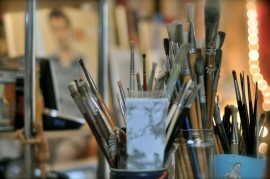 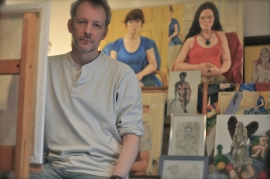 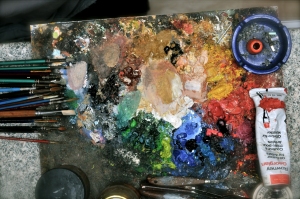 Thank you to Courtney! 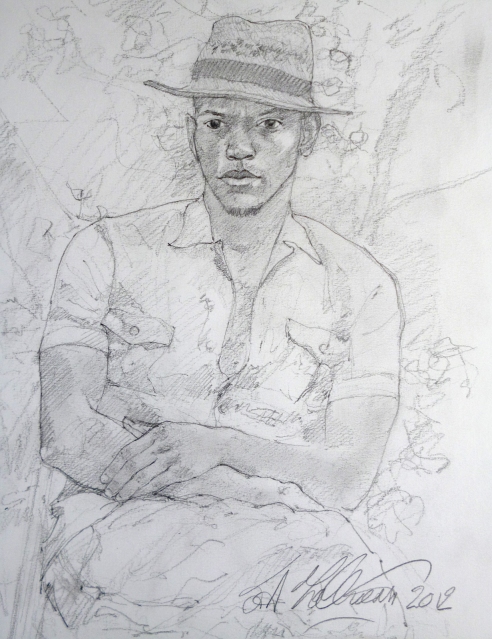 Thank you also to artist Sarah Galea who was visiting from New Zealand and who made this pen and water colour sketch of me. 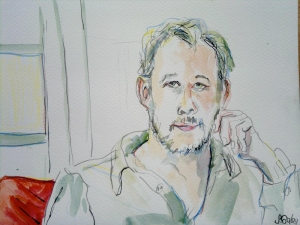 I have several paintings in different stages of production/completion, more soon on those, here for now though are some of the drawings since my last post: 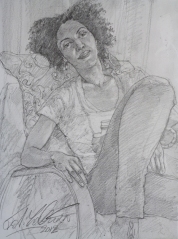 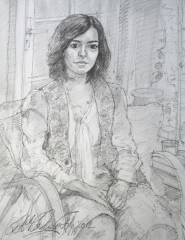 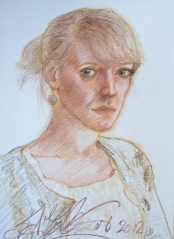 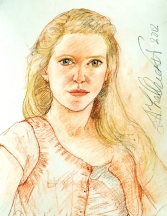 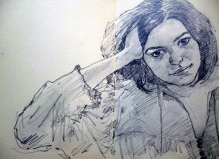 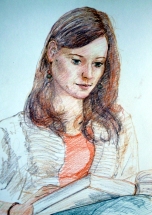 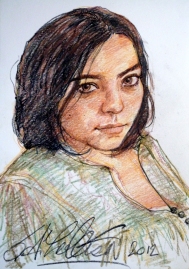 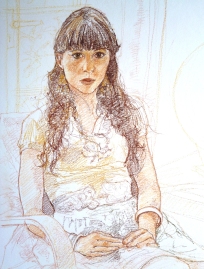 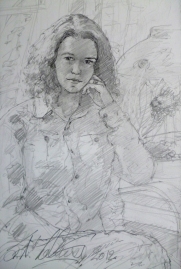 It was lovely to visit the Courtauld Gallery recently and find a drawing session happening in one of the galleries, what a treat to be drawing with live models in the same room as Manet’s “Bar at the Folies Bergere” and several Cezannes and Gauguins. Thank you to artist Matthew Krishanu for asking if I fancied drawing and to the Courtauld, great idea! 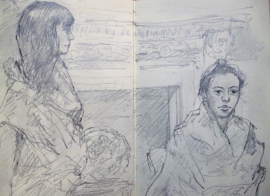 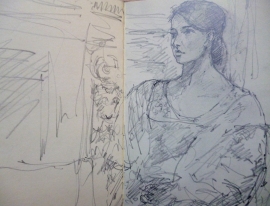 In one last sad piece of news (hopefully) my goldfish Rembrandt went to the big goldfish bowl in the sky. One of the most difficult models ever and with much more character than a fish ought to have! My other two, Picasso and Modigliani, are still going strong and thanks again to Courtney for his great photo’s of them all during the summer (below). 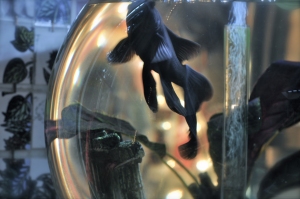 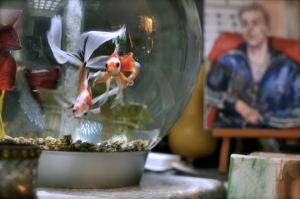 Finally, here are the last drawings from 2012 and the first of 2013. As always, thank you to everyone visiting the page and best wishes for 2013! A special thank you also to all my recent sitters. 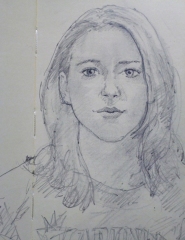 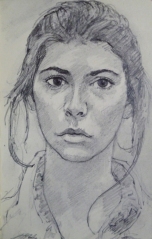 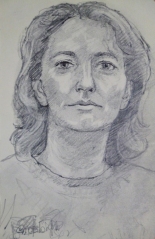 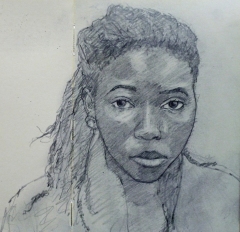 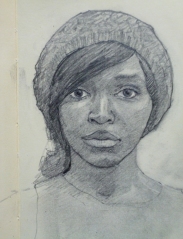 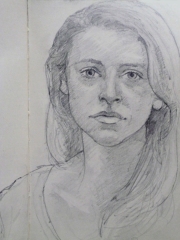 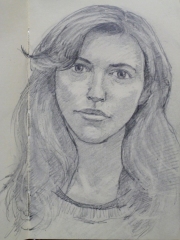